Jaser Davari Explains How Poker is Becoming Popular in Sweden 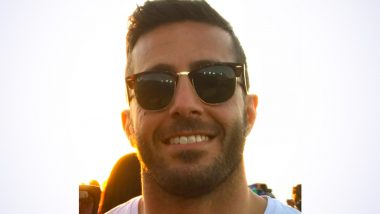 The iGaming expert Jaser Davari talks about the rise of poker in Sweden and its contribution to the Swedish gambling industry.

Jaser Davari The iGaming expert Jaser Davari talks about the rise of poker in Sweden and its contribution to the Swedish gambling industry.

Poker is a very popular game and is played worldwide. Is the game of poker legal in Sweden?

In Sweden, too, poker is popular and one of the most played games by citizens. In fact, many of the world’s most successful players are from Sweden. The only gambling authority, Svenska Spel in Sweden, offers online poker to citizens. Many players enjoy online poker on different offshore sites. It is legal for players to play online poker on both native and offshore sites. Many sites like PokerStars, 888Poker, and iPoker allow players to enjoy the thrill of playing poker online. Here anyone above 18 years of age can play poker for real money.

What was the monopoly on online poker in the country?

Players were not always happy about this. In 2014, even the EU Commission took the Swedish government to court for this issue. As we know that playing poker for real money is legal in many other EU members, this monopoly drew criticism from other European Union members.

Jaser Davari also shed light on the response of the EU on this matter when we interviewed him further.

Can you tell us why the EU responded in such a way over this issue? European Members provide a common market for goods and services. In simpler terms, free trade and free movement of labor and capital are allowed among the members of the European members. Now, the monopoly in Sweden was a hindrance in the common […]