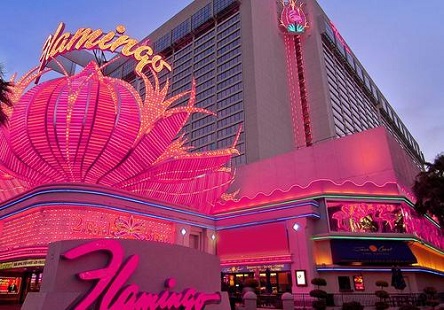 For almost 75 years, the Flamingo Casino on Las Vegas Blvd had been an important central figure in gambling history, but it’s truly the end of the era when the poker room in the oldest-standing casino in Las Vegas will shut down forever. The Flamingo Poker Room , which was closed during the WSOP, will not reopen for business and it becomes the twelfth poker room to shutdown since March 2020.

RIP Flamingo poker room. Before the 2021 World Series of Poker began, word got out that Caesars will temporarily close their poker rooms at Bally’s and the Flamingo on the Strip in order to make sure the WSOP at the Rio was properly staffed with dealers. Las Vegas is grossly understaffed across the board , especially in the poker industry. Poker was expected to return to the Flamingo and Bally’s last week, but only Bally’s reopened and the Flamingo officially closed. Poker will no longer be spread at the oldest-standing casino in Sin City and it’s the sad end of an epic era after 75 years of surviving the trials and tribulations of booms/busts, recessions, wars, terrorist attacks, and financial crisis.

Poker had been dying in Sin City over the last decade, but COVID finished most of it off. Only a handful of casinos still spread poker in Las Vegas, especially on the Strip. Even the Mirage poker room , which is mentioned in the cult classic Rounders , could not survive the cut.

Earlier this year, Planet Ho called it quits. It joined other Strip card rooms such as Excalibur, Harrah’s and the Mirage. During the glorious poker boom, it was weird if you didn’t find a major Strip casino that didn’t have a poker room. Even the Luxor had one, but that was during the apex of the online poker era. Ever since Black Friday went down, the Las Vegas live poker scene no longer had the online poker craze fueling its popularity in Sin City. Approximately 40 poker rooms shut its doors since then, including a dozen since the initial shutdown in March 2012.