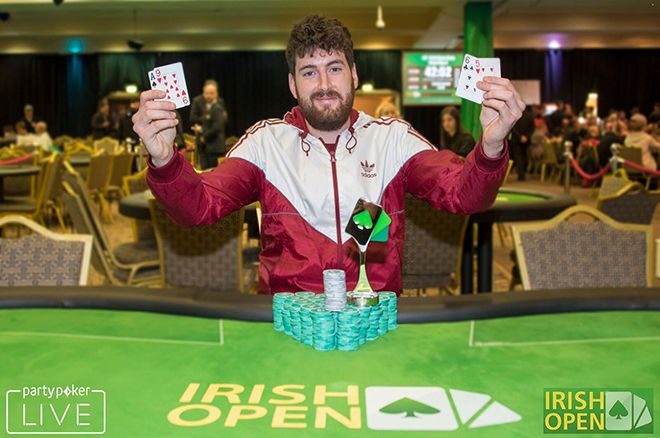 Ireland’s Shaun Conroy had a Sunday to remember after he took down the $1,050 The Grand tournament online at partypoker .

The Grand is a phased event where players can start their quest for glory from only $2.20. However, many of the game’s top stars choose to buy into the final on Sunday for $1,050 in an attempt to secure some of the $200,000 guaranteed prize pool.

This weekend’s Grand had a $208,538 prize pool and Conroy claimed $42,212 of that princely sum. The payout list read like a who’s who of the online poker world. Recent addition to the Team partypoker group Yuri Dzivielevski was the first player to cash, his 34th place finish returning a $2,014 score.

The final table was a star-studded affair, but the waters grew less shark-infested with each elimination.

Brazilian star Bruno Volkmann ran out of luck in fourth, a finish worth $13,855. Danish pro Steen Svare Hansen finished in third for $20,617, which left Conroy heads-up against another former MILLIONS Online champion in Benjamin Chalot . Neither player struck a deal, resulting in a $42,212 prize wining its way to Controy’s partypoker account when he sent Chalot to the showers; Chalot collected $29,847 for his runner-up finish. The $1,050 Grand Final Table Results