Welcome to the Jungle-man; Dan Cates Joins Run It Once 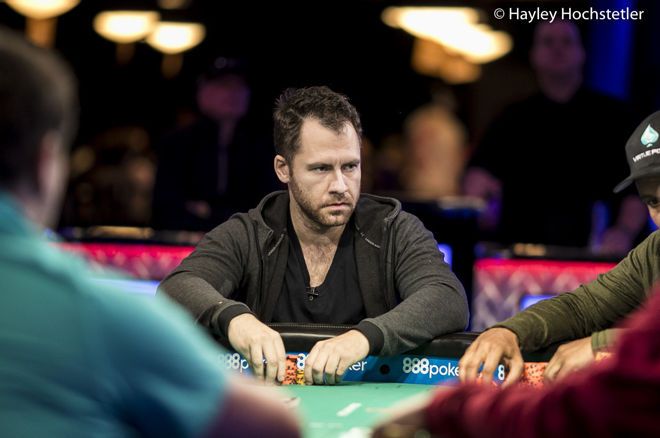 Dan “jungleman” Cates Dan “Jungleman” Cates is the latest ‘Elite Pro’ to join Run It Once’s esteemed training site roster. “Jungleman” rarely goes about his business quietly on twitter and much to the delight of the poker community the poker veteran did not let them down. His arrival to RunItOnce was announced in spectacular fashion in an homage to Patrick Bateman’s monologue in American Psycho and is must watch. Phil Galfond’s training site already had an impressive list of coaches prior to Cates’ acquisition, with the likes of Jason Koon , Daniel Dvoress and Sam Greenwood on the platform’s books.

Cates’ inaugural lesson is already available for RIO Elite subscribers, where he reviews an anonymous poker player’s performance in a prerecorded video. He shares his insight on the good and bad before it is revealed who’s session he has been watching.

After Brandon Adams conceded to Phil Galfond in their Galfond Challenge last month , next to step up to the plate is none other than Cates himself. The pair have been trading ‘friendly’ barbs on social media, although no start date for the challenge has been confirmed it is expected to get underway soon. Both players tangoed in a “mini-challenge” on the online felt in May 2020, the battle lasted 754 hands with Galfond emerging as the victor, taking his new employee for €86K .

With his win over Adams, Galfond is still undefeated in official Galfond Challenges, firstly vanquishing “Venividi1993” in an unprecedented comeback. The Pot-Limit Omaha specialist then defeated Ioannis “ActionFreak” Kontonatsios , Chance Kornuth and is currently up €90,144 versus Bill Perkins.

Cates will be looking to be the first blemish on his opponent’s perfect record when they get to it, the duo will be playing PLO with stakes set at €100/€200 over 7,500 hands with sidebets yet to be finalised. How Does a €600 Bonus With No Expiry Date Sound?