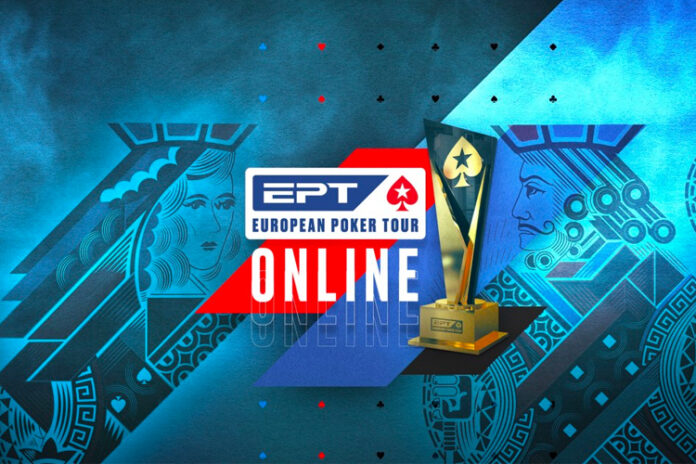 Sweden’s ‘WhatIfGod’ won the EPT Online Main Event in back-to-back fashion. An action-packed final table saw Swedish player ‘WhatIfGod’ win the PokerStars 2021 EPT Online Main Event for a top prize of $363,641 as a back-to-back victory was sealed with a superb heads-up victory over the former PSPC champion and overnight chip leader Ramon Colillas . Coming into play third in chips behind both Colillas and German crusher Christian Rudolph, ‘WhatIfGod’ roared through the field to win the same title he claimed back in 2020 for a remarkable back-to-back victory.

The final table action began with a big elimination right off the bat as one of the biggest names of the final table, who began the day with over 50 big blinds, found himself headed to the rail first.

Current worldwide #1-ranked Pedro Garagnani has carved out a name for himself in a number of elite high roller events in 2021 and a summer victory in a WCOOP High Roller event saw the Brazilian bank $195,690 . However, there wasn’t another title to be had today as he crashed out first in the EPT Online Main Event when his five-bet shove with was called by Christian Rudolph with . The board of sent Garagnani out for $41,259 and in doing so, handed Rudolph a dream early pot, chipping him up to 29 million and giving him an early lead.

Another big name fell when Orpen Kisacikoglu busted in eighth place for $53,763. Daniel Dvoress moved all-in from middle position with and Kisacikoglu called off his stack with in the small blind. He was ahead in the hand, but the flop of changed all that, giving the Canadian top pair. Kisacikoglu, a Turkish professional who typically plays from London, needed help. He didn’t get it on the turn and when the river fell, so did he.

The early eliminations were coming thick and fast and PokerStars ambassador Benjamin Rolle was next to crash out, this time in seventh place for a result worth $70,645. Rolle three-bet all-in for around 21 big blinds pre-flop with and he was called by the newest chip leader at […]