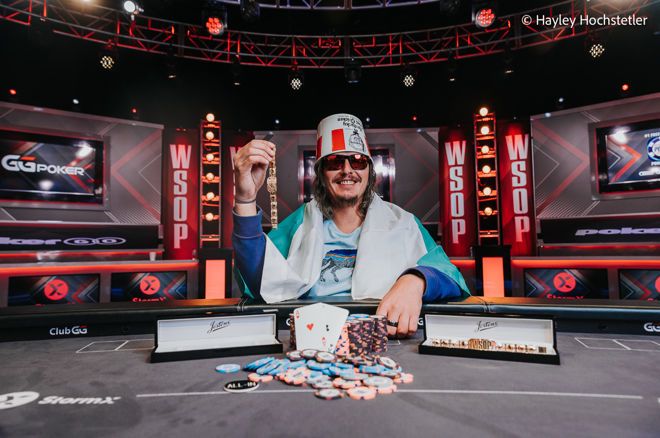 Yuliyan Kolev The 2022 World Series of Poker (WSOP) in its new home at Bally’s and Paris Las Vegas has crowned a new champion as Bulgarian Yuliyan Kolev has won his second bracelet as he was the last player standing in Event #37: $1,500 Millionaire Maker No-Limit Hold’em . This is the second consecutive year Kolev has won a bracelet as just seven months ago the Bulgarian won his first in online Event #9: $777 Lucky 7’s No-Limit Hold’em for $146,163.

That figure is dwarfed by winning this event, both in prestige and in prize money as Kolev has won the grand prize of $1,125,141 and his first live WSOP bracelet. Kolev beat a field full of bracelet winners as he outmaneuvered the 7,961 entrants over five days to claim the bulk of the $10,627,935 prize pool. It was not without adversity as in the final two tables Kolev lost a huge flip with ace-king against Raul Martinez ‘s pocket sevens to go down to a single 25,000 chip with the big blind at 500,000. He managed to win with that chip to go back into contention before coolering Linus Ritcher with pocket eights vs Ritcher’s pocket jacks .

Kolev was cheered on by a big rail, all of who were donning upside-down KFC buckets as hats in honor of a popular Bulgarian music artist. TEMPLE OF FATE ADVENTURE PARTY DANCING GOLD LUCKY DUCK Event #37: $1,500 Millionaire Maker Final Table Results

Kolev came into Day 5 second in chips with 49 big blinds and managed to secure the win with fairly smooth sailing as the Bulgarian was never all in and at risk. Winner’s Reaction