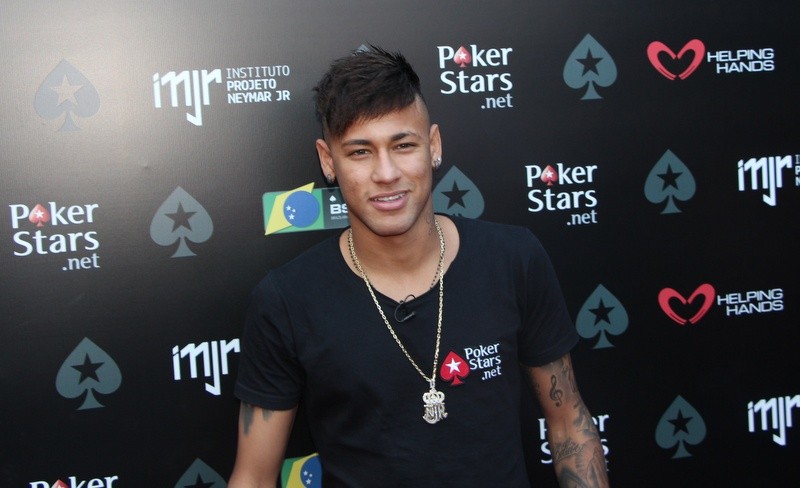 Poker is the type of card game that attracts players from all sorts of backgrounds. So, it is no surprise to find familiar faces in poker tournaments and even some celebrities are streaming online poker games nowadays.

Still, besides the other celebrities who love to take their seats at the poker table, who are the world-famous sports stars who fancy playing a hand of poker every now and then?

This Brazilian star is one of the world’s most famous soccer stars, with a remarkable career that started at Santos in his home country when he was just 17. Since then, he has gone on to become the world’s most expensive soccer player thanks to his €222 million transfer to Paris Saint-Germain in 2017, and has regularly been ranked among the planet’s best-earning and most marketable athletes.

In terms of his poker playing, Neymar has already said that he plans to take part in more tournaments once he retires from soccer, calling poker one of the things that he most enjoys doing while comparing the strategies to the tactics used in soccer . He often posts details of his poker exploits on social media and finished in a respectable sixth place in the Brazilian Series of Poker.

One of the most successful examples of a sports star turning to poker in recent years, Richard Seymour first came to our attention when he joined the New England Patriots in the 2001 draft for the NFL following a college career with the Georgia Bulldogs. After this, he enjoyed a long NFL career that saw him win the Super Bowl three times and earn a solid reputation as one of the very best defensive linesmen in football.

Once he retired from football, Seymour turned his attention to the card game that he had learned from his father. At the time of writing, he has gathered over $640,000 in prize money, with the 2019 WSOP Main Event the highest-profile poker competition that he has taken part in to date. With online poker games now easier to find than ever before, it is no […]

Selouan Shines In Another $25,000 SHR; Adds SCOOP to EPT Title

Selouan Shines In Another $25,000 SHR; Adds SCOOP to EPT Title