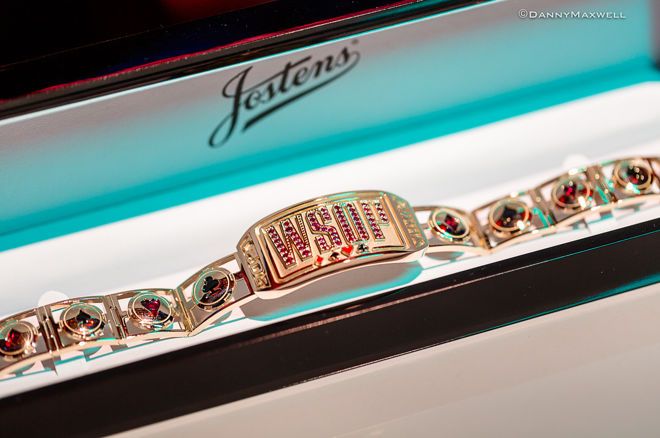 wsop bracelet poker On November 23, WSOP.com crowned a World Series of Poker (WSOP) online bracelet winner in the $1,000 Mini Main Event , a no-limit hold’em tournament. That champion is David Eldridge , who won his first ever WSOP bracelet. He took home $41,553 for his impressive performance.

The tournament attracted 171 entries and 30 players shared the $153,900 prize pool. Only those within the Keystone State during the event were eligible to compete, although being a resident of PA wasn’t a requirement.

On that same day, WSOP.com awarded a separate online bracelet to Daniel “SilasSilver” Turner, who shipped the $1,000 Mini Main Event for $142,663 on the New Jersey/Nevada platform. First Time for Everything

When the final table in the PA online Mini Main Event kicked off, there wasn’t a previous WSOP bracelet winner remaining. In fact, four of the players had never cashed in a World Series of Poker event, online or live. By the end of the day, one of them became a bracelet winner and it was the most accomplished player at the table.

That officially wraps up our 2021 World Series of Poker coverage at PokerNews .