PokerStars’ Mini PCA Series to Include Online Version of PSPC 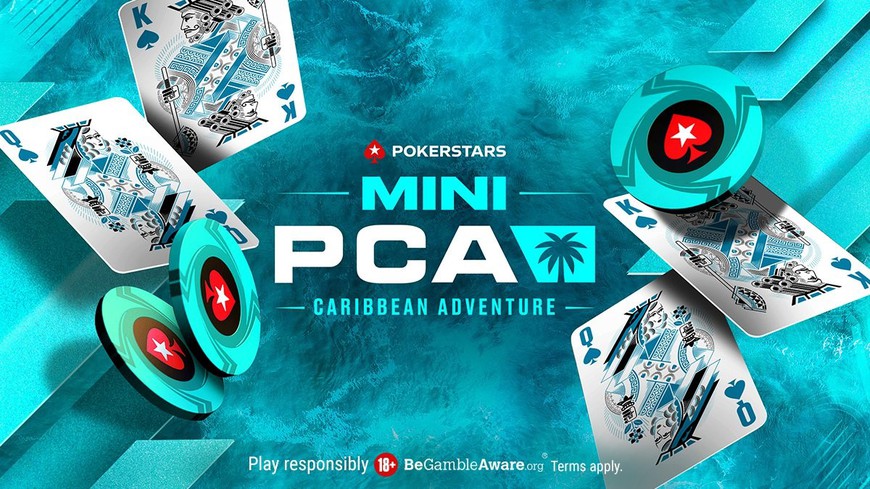 PokerStars’ Mini PCA Series to Include Online Version of PSPC – 30 events comprise PokerStars’ new online series, including a $25 buy-in mini PSPC. The series will also give away thousands of dollars in EPT satellite tickets The iconic PokerStars Caribbean Adventure (PCA) has made a grand comeback at its new venue in the Bahamas at the Baha Mar Resort. For those unable to attend the event or don’t have the bankroll to play, the operator has scheduled a mini PCA series.

PokerStars’ mini PCA Series offers 30 events and ten days of live tour coverage from the Bahamas. As the name implies , buy-ins come in an affordable range, starting from just $1.10 and go up to $109.

But what makes this online poker series even juicier is that each event has added tickets on top of the guaranteed prizes. These added tickets are worth thousands of dollars. Some are giving away EPT Monte Carlo satellite tickets, while others are even awarding a full EPT Monte Carlo package. Mini PCA Online Series Key Points:

Runs from January 25 to February 3

30 tournaments over 10 days, with three each day

The series mimics the live series by featuring grand events such as the PCA Main Event and the record-setting PokerStars Players Championship (PSPC) . The Mini PCA Main Event takes place on Sunday, January 29, boasting $100,000 in guaranteed prize money — the largest of the series for a buy-in of just $55.The event’s winner takes home the EPT Monte Carlo complete package worth over €6000 on top of the first-place prize.The miniature online version of the PSPC kicks off on January 30. It follows the same five-day format as the live PSPC in the Bahamas, except that it comes at 1/1000th of the original buy-in, meaning the […]