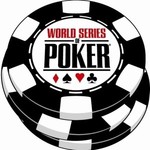 The World Series of Poker Online kicked off at WSOP.com on Saturday for players in US markets after already running for international online poker players for several weeks at GGPoker .

In the US, the series runs through Oct. 18 with 33 bracelets on the line for the Nevada / New Jersey markets. The Pennsylvania and Michigan markets will also see six bracelets awarded in each state.

The first week saw some major scores from players in New Jersey including Drew Oconnell continuing a nice run of recent success. One event also wrapped up in both Michigan and Pennsylvania. Here’s a look at the action so far. Event 1: $400 No Limit Hold’em Kick-Off

This event got the bracelet action underway and attracted 474 entries and 281 rebuys for a $271,800 prize pool. After 11 hours of play, Israel’s Ori Hasson grabbed his first bracelet and $58,491 in prize money. He also has $676,427 in live tournament winnings and the online win becomes one of his biggest career scores.

The win came as Hasson was involved in a bit of multi-tasking to play in the tournament. I can’t believe I won my first WSOP bracelet during live cash game session at the @WynnPoker � https://t.co/pjlwVMUI0g — Ori Hasson (@OriHasson1) September 12, 2022 New York’s Gary Belyalovsky finished runner-up for $36,231. Some other big names made some deep runs as well. Andrew Lichtenberger took fourth for $17,477 with Jeff Madsen in fifth for $12,448.

Benjamin Garrick scored only his second WSOP cash in winning this event for $64,590. The poker player from Oregon notched the biggest win of his poker career, live or online.