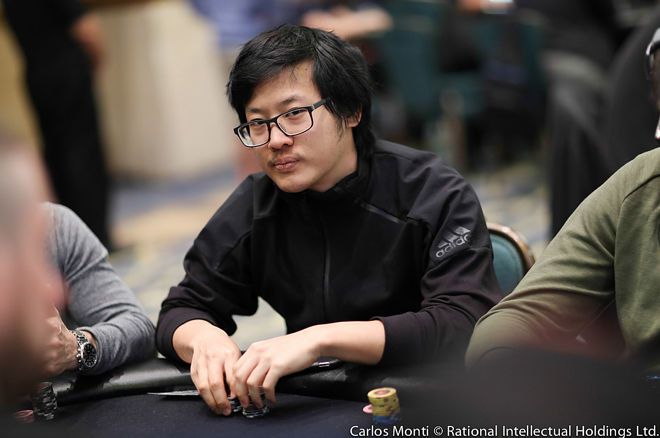 After a hectic weekend of World Series of Poker (WSOP) Online action on GGPoker , the series continued on Tuesday night with the finale of Event #12: $10,000 Super MILLION$ High Roller . The high stakes tournament saw 593 entries which helped create the $5,752,100 prize pool. A huge $985,565 was set aside, along with the gold bracelet, for the winner. TEMPLE OF FATE ADVENTURE PARTY DANCING GOLD LUCKY DUCK David Yan Strikes Gold at WSOP Online Super MILLION$ Final Table

The final nine players had already locked up an impressive $123,195 for just making the final table and saw Pieter Aerts begin the day in the danger zone. The Belgian poker player, who won his first WSOP bracelet last week , avoided being the first final table casualty as Roman Hrabec was sent to the rail in ninth place.

The two Brazilians at the final table then soon departed with with Rodrigo Selouan and Rodrigo Sirichuk exiting in in eighth and seventh place for $159,765 and $207,189 respectively. David Peters David Peters’ conquest for a fifth gold bracelet came to an abrupt end, with the American being eliminated in sixth place. Then the start of day chip leader, Aliaksandr Hirs , found himself being ousted from the competition. He picked up a $348,450 payday, just weeks after finishing third in the €2,200 Estrellas Poker Tour High Roller for €277,370 at EPT Barcelona .

Istvan Briski finished in fourth place and was quickly joined out of the door by Aerts. Heads up play between David Yan and Zhewen Hu then began. In the end, Yan reigned supreme and picked up the victory.