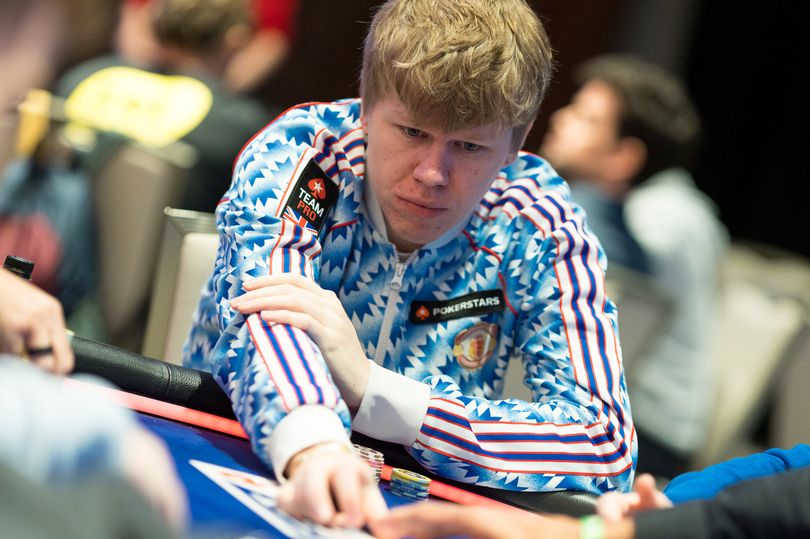 Spragg takes to the tables at the recent European Poker Tour event in London Ben Spragg doesn’t look like your stereotypical poker player.

To those who haven’t noticed the shift in the poker landscape over the past decade, the world of flashy jewellery, suits and green visors is long gone.

In fact, it is now the polar opposite. At this year’s PokerStars European Poker Tour in London, the eventual winner of the main event, Ian Hamilton, was wearing a baggie hoodie and Burberry jacket while playing for hundreds of thousands of pounds.

It is the result of the online poker revolution, where whizzkids can now make millions by sitting in the loungewear at home. And it is behind a computer screen where Spragg, the award-winning poker streamer, has made his name.

Spragg meets us at the Hilton Hotel in Mayfair, London. But even he would be the first to admit he’s not about glitz and glamour. In fact, barring a huge splurge on an Aston Martin Vantage V8, treating himself is not often a consideration.

“I don’t really spend any money on myself. I am not a very materialistic person at all,” says Spragg, who has £145,000 in live earnings, as well as his mammoth online fortune.

“I get s*** from my friends because I wear the same pair of trainers for three or four years. Unless there is a hole in them, I’m not going to replace them.

“The Aston Martin was my one big treat or personal pleasure. I don’t want to sound like one of them people on Instagram who says ‘you don’t see the work that I put in behind the scenes’ and all that, but poker is very, very stressful and then building the stream, I streamed for a very small audience for a long time.”So to eventually come through that, where I was streaming five or six days a week for like three years, to get the sponsorship and be doing ok in poker, to being able to afford something like that, it was very rewarding.”Spragg is the archetypal modern day poker success story. Like many, he […]