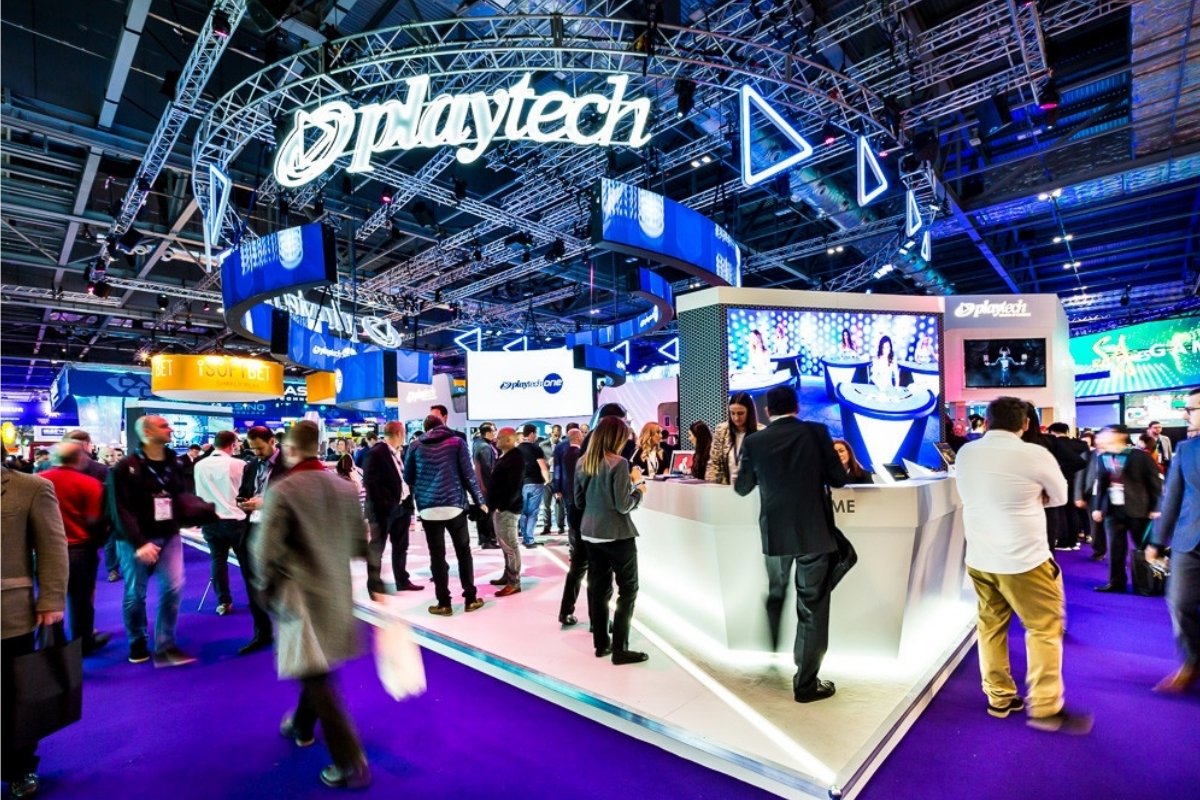 Playtech is abandoning plans to bring Caliente Interactive’s Caliplay unit public in the US via a merger with a special purpose acquisition company (SPAC), potentially dealing another blow to the once hot territory of gaming blank-check deals. A Playtech booth at a gaming convention. The company is canceling its Caliente SPAC deal. (Image: Citing a deteriorating capital market climate, Playtech said it’s pulling the plug on the SPAC deal, adding that it’s working with Caliente Interactive on other options for the Caliplay business. The company continues to explore alternative opportunities with Caliplay management to build a standalone US gaming business under the Caliente brand focused on the Hispanic community in the US. Both parties also continue to have discussions with the SPAC and its associates regarding this alternative opportunity. Discussions are at an early stage and further updates will be made if appropriate,” according to a regulatory statement issued by Playtech. Playtech doesn’t identify the SPAC in question, but it’s rumored to be Las Vegas-based Tekkorp Digital Acquisition (NASDAQ:TEKK). Reports surfaced last December that Tekkorp was in talks to merge with Caliente Interactive in a transaction said to be worth $2.5 billion. Playtech/Caliplay Transaction Has Complexities

UK-based Playtech, a maker of gaming software, controls nearly half of Caliente through a joint venture. The British technology company makes software for internet casinos , web-based poker rooms, and online sports wagering. Playtech also provides software for fixed-odds arcade games, online games, and provides services for scratch games. It was founded in Estonia more than two decades ago and is headquartered in the Isle of Man.

Efforts to monetize Caliplay via a US listing are somewhat complex. When rumors of the SPAC deal initially surfaced, it was believed that Caliente Interactive would be taking over Playtech’s rights to own 49% of Caliplay. From there, the stage would have been set for the blank-check merger.

Had the SPAC transaction come to fruition, a $250 million private investment in public (PIPE) would have been delivered by Spanish language broadcasting giant Univision and its shareholders. Although this hasn’t been publicly confirmed by the blank-check entity. Another […]